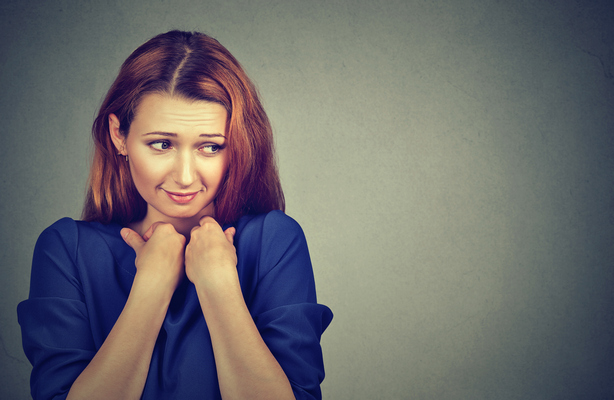 Self doubt is a constant challenge to your productivity and your ability to move forward to be successful. It is a mindset which you have to overcome and change to be a successful entrepreneur.

It’s hard enough working against the clock when you’re trying to successfully build your business online. But throw in a hefty dose of self doubt and it’s almost crippling how much it can stall your productivity and progress.

You probably mistakenly believe that not everyone suffers from self doubt – that the successful men and women have somehow conquered it and ooze sheer confidence on a daily basis.

Nothing could be further from the truth.

The actual truth is – they simply learned to plow through it. They work in spite of self doubt. This usually comes with practice, and isn’t something you enjoy overnight. The good news is – the self doubt dwindles from a loud, screaming roar in your mind to a faint whisper you can easily tune out.

Becoming Aware of Your Self Doubt

The first thing you have to do is become aware. Now, you might be saying, “I’m well aware of this,” but is that only when you’re looking at the big picture of how you haven’t succeeded yet?

Are you aware at the exact moment that self doubt begins undermining your authority and telling you you’re not good enough to accomplish your goals? Most people aren’t tuned in during those moments – they’re simply mesmerized by their mind’s false message.

Your self doubt mindset really doesn’t have bad intentions. You think you’re trying to sabotage yourself, but you’re not. The reality is – you’re trying to protect  yourself. Only, it backfires unfortunately, leaving you hopeless and hesitant to go forward with your plans.

What makes it worse is, kind of how stress floods your body with the hormone cortisol, whenever self doubt creeps in, your mind is flooded with horrible emotions like panic and guilt.

It’s like pouring salt on a wound. Not only did you manage to talk yourself out of productivity, but now you’re ridiculing yourself for making that move in the first place! The only true way to solve this problem is to face it head on and get out from under the rule of a self sabotaging mindset.

This isn’t something a book can do for you – or a calming, scented candle. It has to come from within. But there are some tools you can use to help you conquer it, if you’re willing to try.

Look for Truth in the Message

The fact is, sometimes your self doubt is right. It’s not always just your mind toying with you. Sometimes, your gut instinct not to do something is a warning you should heed. But there’s a difference between your mind saying, “You shouldn’t try to create these graphics yourself because your designs stink,” and it telling you, “You’d save time and frustration saving up to outsource this part of your product.”

You have to think like a business owner. If you analyze other designs in the marketplace and feel yours can compete, go for it. If your skills fall short (don’t be afraid to ask people for their honest opinion), then listen to your self doubt.

However, if you notice your mind is constantly telling you you’re not enough of an expert, your appearance isn’t good enough, you’re too stupid or too shy or too newbie to do something – it’s probably a sign that there’s no truth to it.

This can stem from other areas of your life where you felt inadequate – a bad childhood or marriage, for example. Maybe you had a previous boss who made your life insufferable by putting down your efforts.

That doesn’t mean it was true.

You decide what’s true for you now – you have to take back that power and make a decision on what ‘s going to happen from this point on. Sometimes, when you hear yourself mired in self doubt, it’s a result of sheer ignorance – you’re simply uninformed about the truth.

When you’re new to being an entrepreneur, there’s a lot to learn. You can sit there telling yourself you’re not enough of an expert to lead a niche yet, but it’s only because you’re uninformed about the fact that people love seeing a person’s journey from start to finish – and they will follow someone who isn’t yet an expert.

Because it’s comfortable to them. They’re on the same level and you’re leading the way. They don’t have to be intimidated by the person leading them and they’ll form an even stronger bond with you because you’re in their shoes and they appreciate you putting yourself out there.

But your mind wouldn’t tell you that. It simply says, “No, you can’t go into that niche because there are so many other, competent and successful niche leaders.” It’s a lie built on ignorance.

Nobody can tell you that you’re good enough, smart enough or capable enough to accomplish everything you need to get done. Only you will be effective at influencing yourself.

So the best thing you can do from here on out is get sick of yourself. Get sick of your excuses. Get tired of the whining. Roll your eyes whenever you start complaining. Get angry!

It’s refreshing to get to a point where you no longer put up with your own excuses. You have to become a brat and refuse to listen to your mindset that says it’s in control and you’re not.

Every single time you wake up and take action, you prove yourself wrong. You prove to that mindset that what they said was a flat out lie. If your mind says you can’t think of a good enough domain, you sit your butt down in that chair and brainstorm until you do.

This is true regarding every element of your success. If you tell yourself you’re too tired to work, or you don’t feel well, do something anyway. It can be a little something – but something to show yourself that you are capable – even if your eyes want to close or you feel a bit under the weather.

Over time, whenever your mindset tries declaring that you’re incapable of being productive in that moment, you won’t even have to think about it. You’ll simply get to work – and little by little, that voice won’t even try to go there again.

It will become routine for you to be productive. Many successful entrepreneurs work 365 days a year. That sounds grueling, doesn’t it? But truthfully, some of them might pop in and check emails or something very minor – and then enjoy the rest of their day.

They’ve produced a habit of showing up and being productive every single day, and it shows in the statistics of their earnings reports. Effort put in equals monetary rewards. When you stall out, you get nowhere.

Just make progress through productivity and when and if a sliver of self doubt shows up, just tell yourself, “I’ll show you!” Every day you show up and put in the hours, you’ll feel yourself becoming stronger and stronger – and more capable.